All meetings will be held in Room 319 in the Center for East Asian Studies (CEAS 319).

10/7 A Conversation with Ryo Kagawa

University of Chicago, co-sponsored with EATRH

Title: “Bringing the Past to the Silver Screen: The Burgeoning of Chinese Costume Films in the 1920s” 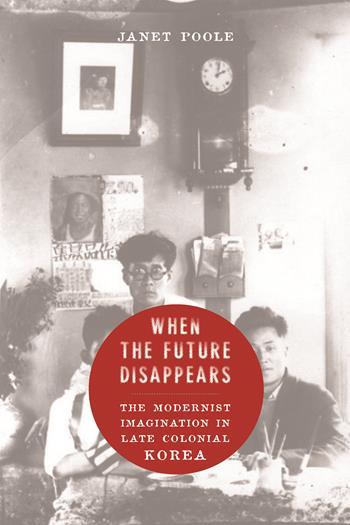 This Friday, February 27, the Art and Politics of East Asia Workshop will welcome Hyunhee Park for discussion of a draft chapter from her dissertation project on wartime propaganda film. The chapter explores Sweet Dream (1936) as the earliest extant example of enlightenment film production in colonial Korea. Departing from existing scholarship that treats Sweet Dream as a New Woman story, the chapter interprets Sweet Dream as “traffic film,” part of an enlightenment film genre–unique to Korea within the Japanese empire–that inherently entailed sensationalism and “the aesthetics of astonishment.” The paper further argues that the state’s utilization of cinema to forward colonial projects had a large influence on Korean cinema from its inception, creating a mutually beneficial mode of production between Korean filmmakers and the colonial government.

A draft of the paper is available at this link. If you have not received the password for the post, please feel free to contact Nicholas Lambrecht at lambrecht at uchicago.edu. Wine and light refreshments will be served at the workshop. We look forward to seeing you on Friday.

The Art and Politics of East Asia workshop presents:

This workshop is sponsored by the Center for East Asian Studies and the Council on Advanced Studies in the Humanities. Persons who believe they may need assistance to participate fully, please contact the coordinator (Daniel Johnson) in advance at: djohn at uchicago.edu

Cold War and the Cultural Politics of ‘The Pacific’:
The Transition of Spatial Imagination and Nationalizing the Sea in South Korea in 1945~1950

ABSTRACT
With the break up of the old Japanese imperial territory, the issue of space has surfaced in the ‘post-colonial’ era. This being precipitated by the mass migration of people to the Korean peninsula and the demarcation of the 38th parallel through the dynamics of global politics. Foucault’s point that the modern nation state is not completed until it occupies an exclusive national territory: “Space is central to any exercise of power” is worth noting in this regard. During this period, one of the characteristics of spatial discourse produced in South Korea was a ‘rediscovery’ of the sea or ocean which became politically inscribed within a cultural/national narrative, thus being given a new significance.

From a colonial perspective of Korean history, ‘peninsulaness’ is regarded as a central trope delineating its dependence on other countries. In such a construction, Korea is neither island (like Japan) nor imposing land empire (like China). But in this ‘Post- colonial’ period, it has come to be taken as a geographical benefit through which Korea can connect with both land and water. After the establishment of the South Korean government below the 38th parallel, an oceanic affinity has been much emphasized compared to a continental one. This discourse on water – seen by many as a binary between territorial waters and the open sea – became politicized and signified in its totality within the national. This political and conceptual shift evinces the way in which ‘the Pacific’ obtains new meaning in contrast to colonial period. The momentum of new meaning comes from three directions. First, the new discourse of the Pacific subverts the old: Japan and its pan-Asian imaginary, of which the Pacific forms a central discourse, is rendered ineffective in the closing scenes of the second World war. A new Pacific connection is made, that of America as the ‘Democratic’ victor which now occupies the position of the vanquished. Second, the Pacific is settled into the narrative of ‘honorable origin’ as the sacred space where the fight for Nation’s independence has taken place. This ‘glorious’ metaphor exists in relation to another, the Pacific ocean as theatre for national suffering during the war. Thus, it has been located at the centre of a nexus of meaning that has been colored by discourses of the Nation state. Finally, the most dramatic signification of the Pacific begins with the Cold war which accelerated after the communization of China in 1949. The sign of the Pacific –the locus of many poor countries – was transformed into a space to be preserved in competition with the USSR in the terms of bloc theory. The Pacific was regarded as ‘the sea of race’ before and during WWII, but it quickly gains new meaning as ‘the sea of ideology’ in the post-War era and beyond. In a word, the Pacific was the sign connected directly America as a global power which was seen as making the new spatial order of East-Asia after 1945, so-called ‘Postcolonial’ world.

The workshop is sponsored by the Center for East Asian Studies and the Council on Advanced Studies in Humanities and Social Sciences.

Persons with a disability who believe they may need assistance, please contact Ji Young Kim (jiyoung22@uchicago.edu) or Ling Zhang (ling1@uchicago.edu)

Family and Domesticity Across the Cold War Divide:

North and South Korea in the 1950s

There is no paper for this workshop

The workshop is sponsored by the Center for East Asian Studies and the Council on Advanced Studies in Humanities and Social Sciences. Persons with a disability who believe they may need assistance, please contact Ji Young Kim (jiyoung22@uchicago.edu) or Ling Zhang (ling1@uchicago.edu)