All meetings will take place in Swift 208 on Monday at 4:30-6:00pm unless otherwise noted.

In addition to these workshops, the following are the dates for events for Assistant Professor of New Testament and Early Christian Literature candidates. Please also note that the Early Christian Studies Workshop is co-sponsoring a special Craft of Teaching workshop with Prof. Margaret M. Mitchell on February 14 from 4:30-6:00 pm in Swift 403. See here for more information and the full CoT schedule. Jerusalem on the Madaba Map, in the apse of the church of St George at Madaba, Mid-6th Century. 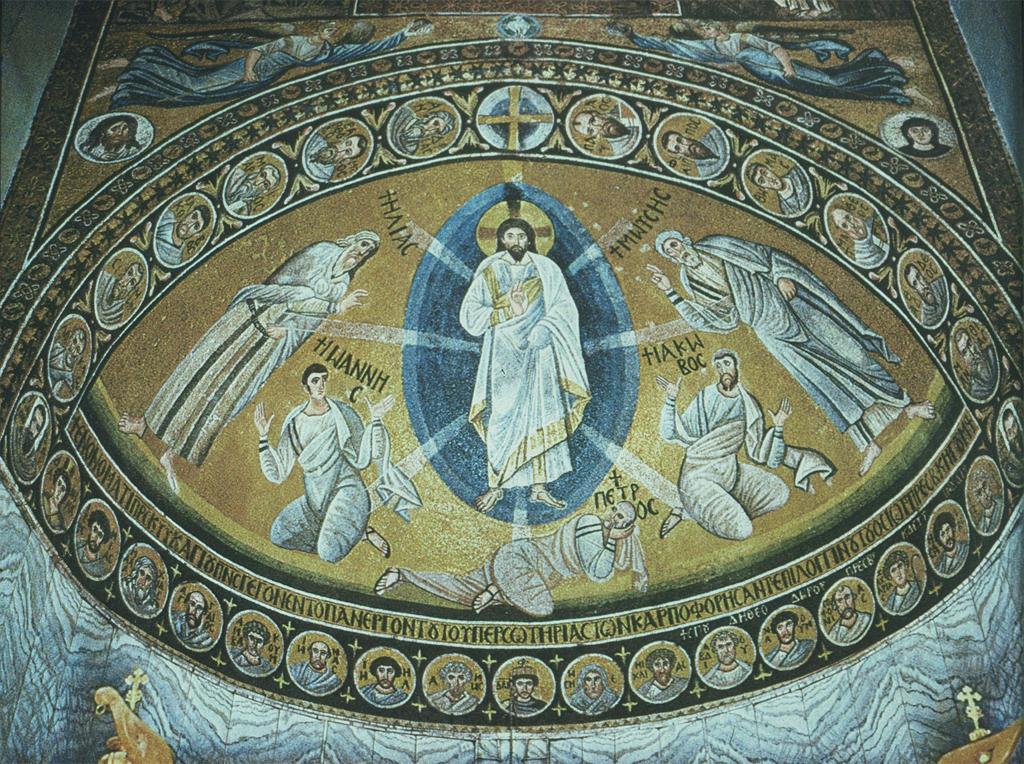 The Doctors of the Church and scenes from the life of Christ. A 16th century folio from the British Library Catalogue of Illuminated Manuscripts (Additional 21412). 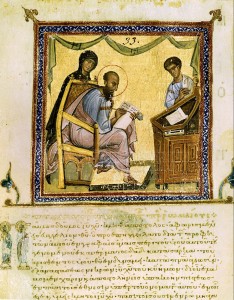 All meetings take place in Swift 208 at 4:30, unless otherwise noted. 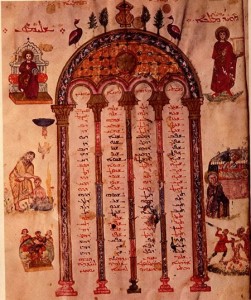 •  Oct 18 – Dr. Christina Kreinecker (University of Salzburg, coordinator of the Papyrological Commentary on the New Testament) – “From Pilate to Herod – Papyrological Remarks on Luke’s Version of the Passion Narratives”

•  Nov 18 (Thursday, 4:30, Swift Hall 208, cosponsored with the Divinity School) – Dr. Teresa Morgan (Oxford University) – “Why was pistis so important to the first Christians?” 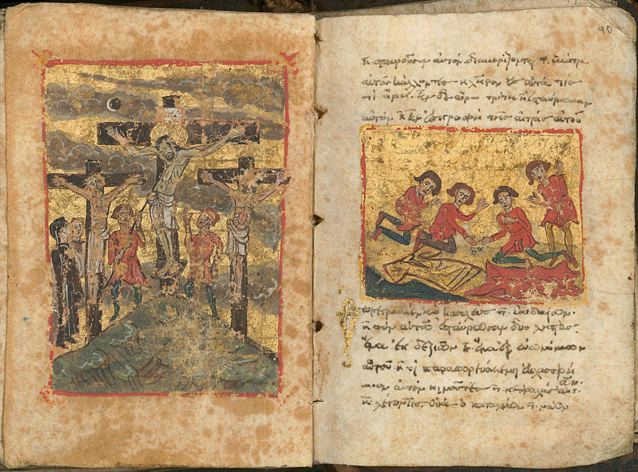 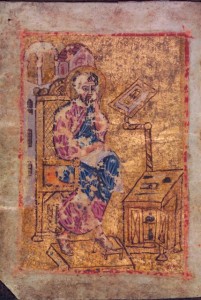 Persons with a disability who believe they may need assistance, please, contact in advance, Kelly Holob or Bradley Hansen at contact-ecsw@lists.uchicago.edu. This site is maintained by Kelly Holob and Bradley Hansen.