Please join us as the East Asia: Transregional Histories workshop welcomes our own Kyle Pan as he presents his second year seminar paper to the workshop. In “Aiding War Criminals in the ‘New’ Japan: A Study of The War Convicted Benefit Society, 1952-1958,” Kyle examines the nature and activities of The War Convicted Benefit Society from 1952 to 1958 in order to show that war crime trials and other policies intended to dismantle the “militarism” in Japanese society had unexpected yet significant consequences for the postwar Japanese state and society.

As always, first-time attendees are welcome. Light refreshments and snacks will be served.

If you have any questions or require assistance to attend, please contact Jessa Dahl at jdahl@uchicago.edu or Erin Newton at emnewton@uchicago.edu.

“Commercial Treaties: A Framework for Governance”

In the first decade of the 19th century, European opinions about China and its trade policies began to shift towards bellicose opposition. China was denounced as backwards and antisocial, its administrators as arbitrary and self-interested. With this critique in mind, this paper examines the significance of Qing commercial treaties to global commercial and geopolitical integration as well as everyday commercial administration. It argues that Qing commercial treaties should be seen as part of a global effloresce in treaty making that attempted to rationalize and simplify global trade by curtailing the prerogatives and decision making power of local political authorities. Presented as a means to codify a natural community of equal nations, treaties naturalized the abstract compulsions of capital growth and offered a new interface between political authorities and global commerce that generated new limits on the exercise of official power. In China evolving treaty language gradually erased Qing claims to govern trade through flexible decision-making and mutual obligations between merchants and government authorities. In their stead, the treaties called for a novel static regulatory framework and rote official actions.

Professor Kent has been kind enough to provide us with both a chapter and the book proposal from her current project. Both can be found at the East Asia: Transregional Histories workshop website below.

As always, first-time attendees are welcome. Light refreshments and snacks will be served.
If you have any questions or require assistance to attend, please contact Jessa Dahl at jdahl@uchicago.edu or Erin Newton at emnewton@uchicago.edu. Title: “Can Adopted Daughters Be Free Aside from Their Household? Anti-Human Trafficking Discourses and the Law in Colonial Taiwan, 1919-1936″ 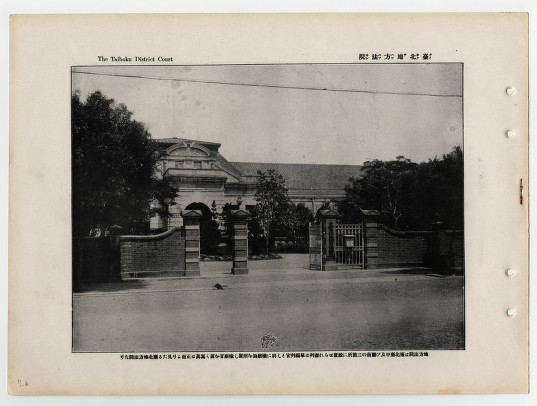 From “Primitive Savages” to Holders of Indigenous Rights:
The Reformulation of Uchinānchu Identity as Indigenous