eLife published our paper, “Ancient mechanisms for the evolution of the bicoid homeodomain’s function in fly development.” The paper marks the first time that transgenic animals carrying reconstructed ancestral proteins have been used to study the evolution of development. This strategy allowed us to isolate the massive effect that two historical substitutions, which occurred in the homeodomain protein Bicoid (Bcd) about 140 million years ago, had on the evolution of Bcd’s controlling role in anterior-posterior (A-P) specification in fly development and on the gene regulatory networks that mediate A-P development. This was a very rewarding collaboration between our lab — led by our wonderful postdoc Qinwen Liu — and Steve Small’s lab at NYU (particularly postdocs Pinar Onal and Rhea Datta), with important contributions from Julia Rogers in Martha Bulyk’s lab and Urs Schmidt-Ott at UChicago. We think this approach could be very useful in future studies of evo-devo to decisively characterize the in vivo effects of ancient sequence changes on development and gene expression.
The paper is here at eLife, and a press release describing the work is here. 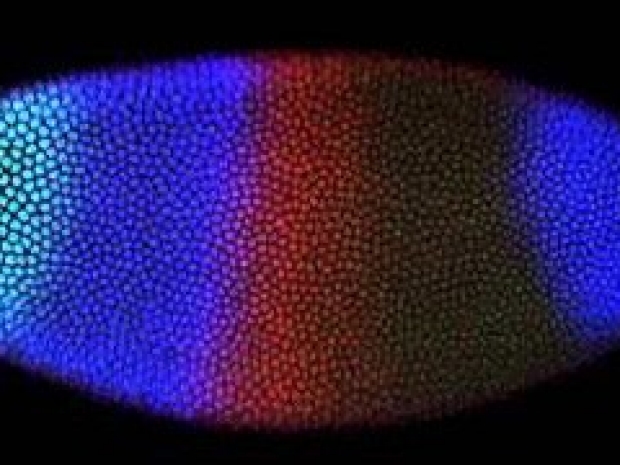