It is commonplace to mock SJWs, feminists, and liberals for their ridiculous ideas, attitudes, and behaviors. This may be the cause of their behaviors in the first place. I suppose this is another take on the “coddled hypothesis” that some like to push around. Though, it is a different perspective from what is normally laid out. It is that feminism / SJWs provide a (dangerous) outlet for those that have been bullied previously. This still holds true even if they only ever heard of feminism once they got to college or snooped around on Buzzfeed.

Let’s get the facts out of the way. Republican women are more feminine than women from the Democratic party.  This enhances their attractiveness. Feminists also avoid romantic conflict. Their want to avoid conflict may indicate that they may have been subject to past conflicts. Regardless, the avoidance of conflict is going to be a common theme. People obviously are bullied for their appearance. Republicans report better mental health status than Democrats. Democrats also report more cases of anxiety and depression than Republicans. Having poor mental health may make one more susceptible to bullying, or at least bullying doesn’t help their condition.

The common narrative is that minorities / women are oppressed. This attracts those who were bullied or have depression, or at least creates it. It provides an answer for those that need it.

The only difference between a white supremacist and a feminist is who they insult.

Here is a somewhat bold prediction: the Democratic party will be done by 2020. We will have to see how 2018 turns out, but the parallel Labour party in the UK isn’t doing so hot either. The reason for this prediction is multifaceted, but breaks down to age, the inability of the Democrats to successfully find a wide political market, and the ideological extremities of its members.

The Democrats are an aging party. Hillary Clinton is 69 years old. Joe Biden is 74 years old. Elizabeth Warren is 67 years old. Feinstein is 83 and Pelosi is 76. There is minimal new blood in the party (part of this is due to the branding problem).  Age and health was a concern in this election and will continue to be an issue. Some prominent Democrats do not wish to run. There is a very limited pool of selectable candidates. This is also a big issue connecting to the youth who feel disconnected from older, more elite candidates. 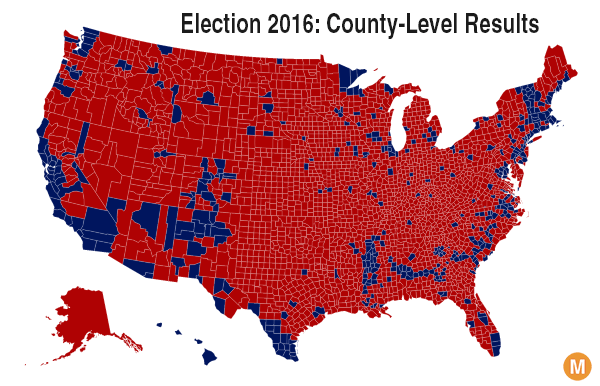 The marketing or branding problem is one of the many reasons the Democrats lost the 2016 election. To win a presidential election, one must appeal to a broad range of individuals (in our current system. Yes, you can spam the “Trump lost the popular vote!” meme all you want. It doesn’t change the fact that’s not how our elections work, or the fact the entirety of the lead came from California.). The Democrats have not figured out this balancing act. They had no positive message to rally around. The policies were the same as or extensions of Obama’s, which the electorate did not want. There were also issues within the party as well, exemplified in the conflict between the Sanders and Clinton camps. The Sanders camp were mostly younger individuals who might have just gotten started in politics. They were a strong group interested in wage reform, college reform, and generally anti-war. This is in stark contrast to the Clinton camp on every level. The Clinton camp was mainly the elite who had no interest in any of Sander’s policies. One of the key unfoldings is the election of Tom Perez as DNC chair, continuing the line of Clinton-ite leaders who many feel snubbed Bernie from receiving the nomination. These individuals will forever be lost by the Democratic party on that basis alone. The true globalists who do not hold political affiliations (or are just concerned about raw power) have learned that the Democratic party is done. This is why Milo Yiannopoulos got smeared and why McCain and Graham are being trotted out by the media on a regular basis. Without this influence, the Clinton camp will collapse and fade into obscurity.

The final core issue is the purity and extremism of the Democratic party. They have been known to purge candidates for holding different viewpoints or endorsing other candidates. There is a strong urge to dismiss dissenters. This is disastrous for the party. They will destroy intellectual diversity in the same vain as in colleges. There is also rumor and prediction that the Democrats will try and reduce the number of Whites running in their party. This reduces the number of voices in planning, leading to the branding problem. One can say all parties would be concerned with dissenters, but to be concerned to such a degree that endorsing the wrong candidate (in your own party), or agreeing with only 90% of the issues is a large issue.

The Democrats are falling apart. The only pity is that the viable 3rd parties will surely not take advantage.