Mapping the Worldview: World Architecture in the Early 1980s 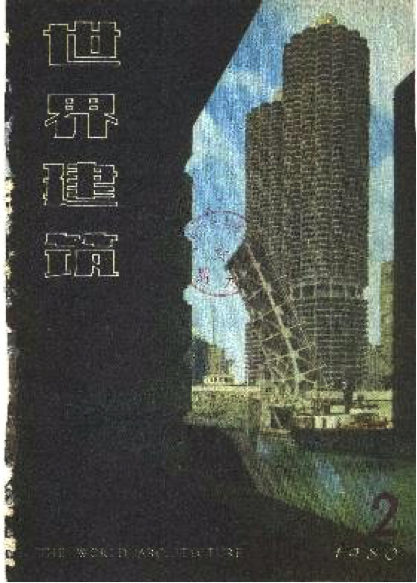 Launched in 1980 by Tsinghua University , World Architecture 世界建筑 is the earliest architectural journal devoted to bringing global currents to its domestic readers in China. It thrived into as a major force in introducing famous foreign architects and designs, presenting architectural histories, theories, ongoing debates and discourses, and most importantly, reflecting upon China’s own practice and its nascent architectural culture. During the years when actual designs and built structures by overseas companies and individuals were greatly limited in terms of both variety and impact, the journal became a crucial way linking the two worlds and forming the first-hand experience for those who were interested. It has in turned formed a specific public that later rose to power and refashioned the country’s urbanscape. The study tries to not only historicize the architectural trends in the journal and treat it as an active player in internalizing a global view into the existing Chinese historiography, but also approach it as a specific means of knowledge production and communication by studying both the visual design and textural configuration. In so doing, the study hopes to shed new light on the “cultural fever” in the 1980s in China and understand how Chinese elites capitalized their resources to further voice their desires, concerns and insecurities in an ever-globalizing context.

Persons with concerns regarding accessibility should please contact tingtingxu@uchicago.edu