Danica Cao is a second-year PhD student in the Philosophy of Religions at the University of Chicago Divinity School. Her research interests include philosophical modernity and alternative modernities, philosophical anthropology, theories of religion, history of late imperial / early modern Chinese philosophy, contemporary Sinophone religious and social thought, historical and constructive approaches to “Buddhist philosophy,” as well as history of Confucian, Daoist, and Buddhist thought and practice more broadly. In thinking with these materials, she attempts to work toward a transcultural philosophy of religions while partially situating herself in modern East Asian traditions.

John Marvin is a second-year PhD student in Philosophy of Religions and Philosophy (joint) at the University of Chicago.  John studies the philosophy of mathematics (and areas for which it has important implications, like ontology) with attention to the broader context of intellectual history surrounding mathematical activity and the philosophy thereof. John’s research centers on the evolution of mathematics and the formalization of logic from the 19th century to the present alongside the development of such trends as the emergence of phenomenology, the divergence of analytic philosophy, and comparison of self-referential discourses across “mystical” texts and math/logic.

Audrey Guilbault is a second-year PhD student in Philosophy of Religions and Philosophy (joint) at the University of Chicago. Her work focuses on Buddhist philosophy, especially as produced in India and China between the 5th and 10th centuries CE, and especially with reference to ongoing debates in contemporary analytic philosophy of action, philosophy of mind, and ethics. Tyler Neenan is a fourth-year PhD student in Philosophy of Religions at the University of Chicago Divinity School. His work is situated within a series of intersecting conceptions of the Real drawn from both Chinese and Western thought—most principally, Zhuangzi, Tiantai Buddhism, German Idealism, and Freudo-Lacanian Psychoanalytic Theory. He is especially concerned with figures of self-division, self-relation, and self-contradiction as the generating points of a “something else” irreducible to simple finitude. Rebekah Rosenfeld is a fourth-year PhD student in Philosophy of Religions at the University of Chicago Divinity School. She studies the role of religious thought in the development of modern European philosophy. She is currently focusing on the history of dialectics and its intersections with Christian and Jewish thought. William Underwood is a sixth-year PhD student in the Philosophy of Religions program at the University of Chicago Divinity School. He studies the relationship between modern European philosophy and American evangelical Christianity, in particular the adoption of philosophical critiques of modernity and secularism within contemporary evangelical networks. Recently, he has focused more closely on the reformulation of philosophical methods and aspirations as a response to a growing sense of political-historical catastrophe in post-war European milieus. 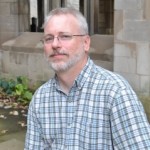 Dan Arnold is Associate Professor of the Philosophy of Religions and Associate Faculty in South Asian Languages and Civilizations.  He is a scholar of Indian Buddhist philosophy, which he engages in a constructive and comparative way. Considering Indian Buddhist philosophy as integral to the broader tradition of Indian philosophy, he has particularly focused on topics at issue among Buddhist schools of thought (chiefly, those centering on the works of Nāgārjuna and of Dharmakīrti).  He is the author of Buddhists, Brahmins, and Belief: Epistemology in South Asian Philosophy of Religion (Columbia University Press, 2005), and Brains, Buddhas, and Believing: The Problem of Intentionality in Classical Buddhist and Cognitive-Scientific Philosophy of Mind (Columbia University Press, 2012).  He is presently working on an anthology of Madhyamaka texts in translation, to appear in the series “Historical Sourcebooks in Classical Indian Thought.” 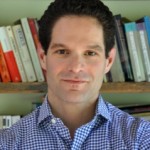 Ryan Coyne studies the relationship between modern European philosophy and the history of Christian theology.  His research thus far has focused on the history of phenomenology, hermeneutics, and deconstruction.  His first book, Heidegger’s Confessions: The Remains of Saint Augustine in Being and Time and Beyond (University of Chicago Press, 2015) examines the shifting roles assigned to religion, and to Augustine of Hippo more specifically, in Martin Heidegger’s early, middle, and later works. Coyne is currently completing a second book tentatively entitled A Spectacle for the Gods: Nietzsche and the Question of Faith. In it, he analyzes Friedrich Nietzsche’s struggle to redefine faith after the death of God, arguing that this struggle sheds new light on recent debates in continental philosophy of religion. A third book-length project, on deconstruction and method in the philosophy of religion, is tentatively entitled The Dreams of Metaphysicians. Coyne’s teaching generally focuses on the themes of subjectivity, temporality, and the nature of religious experience as they appear in ancient, medieval, and modern texts. His longstanding interests include Christian mysticism, the history of Augustinian theology, and Freudian psychoanalysis.